The Best (and Worst) Cities for Physician Jobs and Compensation

Healthcare is one of the largest sectors in the U.S. economy, accounting for approximately one in 10 U.S. jobs. Regardless of technological advances that reduce workloads, physician jobs are expected to grow 15% from 2016 to 2026.

In our physician employment report, aimed to better understand the labor market for doctors by analyzing the demand for physicians. In all of the metro areas researched, physician compensation grew--from 7% in Boston to 16% in San Francisco--while nationwide was an overall 5.1% increase. 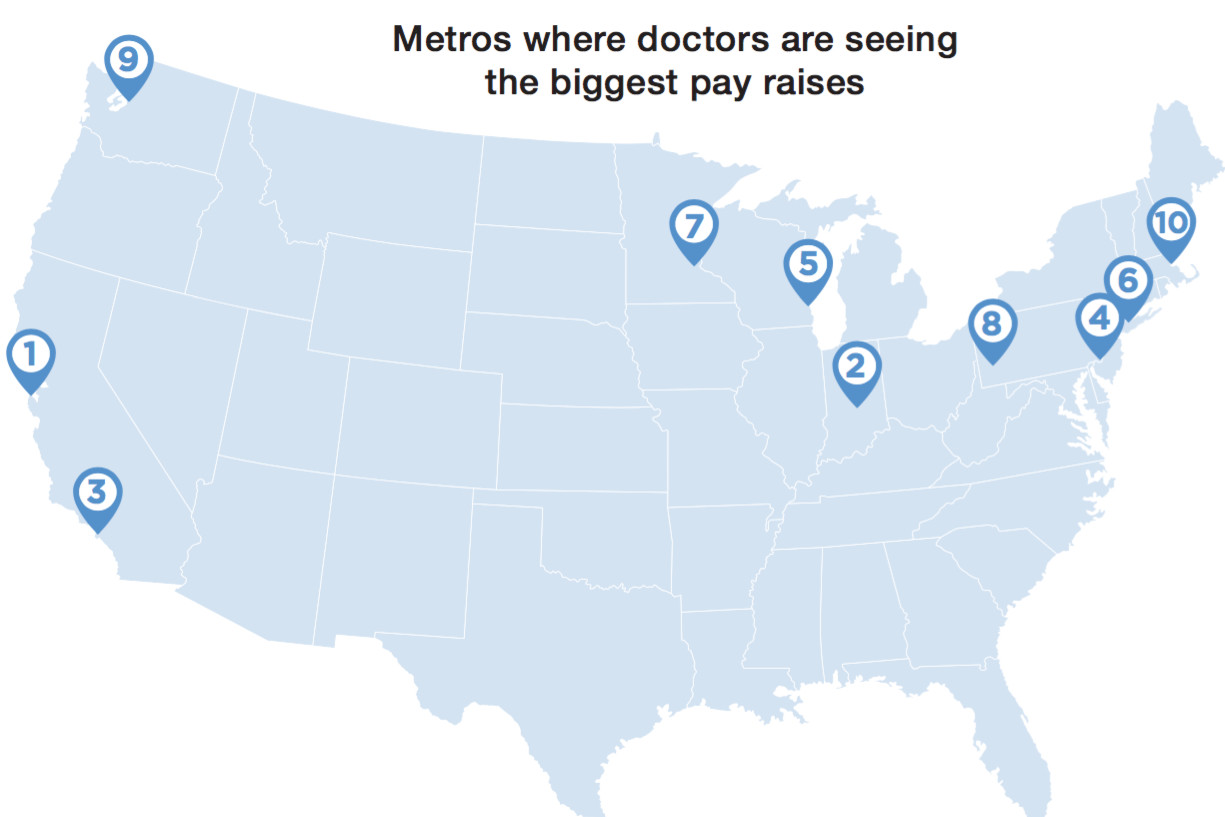 Though the overall trend of physician compensation is increasing, there are several metro areas where pay remains the same or is decreasing. 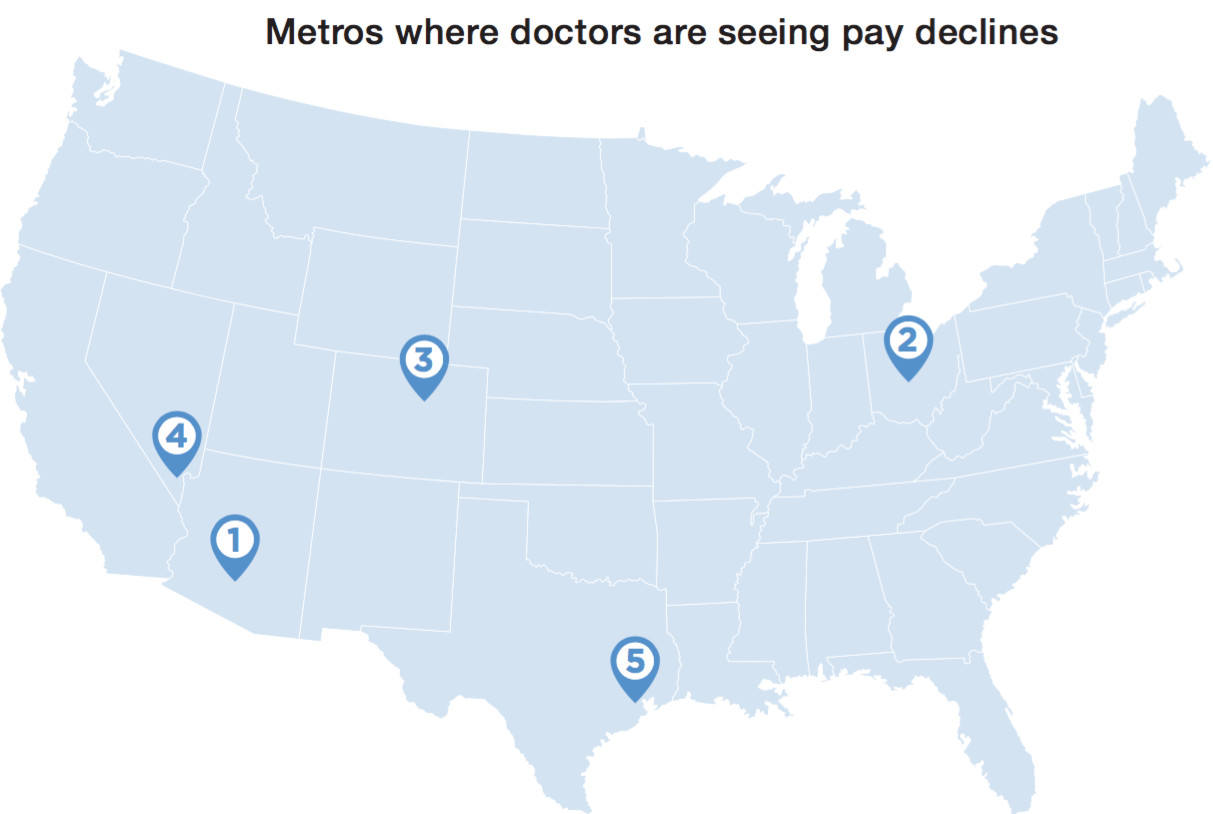 Why did we create this report?

In light of the growing and aging population, the demand for physicians is rising faster than for other professions in the United States. According to recent studies, the total number of jobs available to physicians nationally are expected to grow 15 percent from 2016 to 2026. Despite this growing demand, there are few studies that detail how that growth in employment and compensation will play out on the local level. This report aims to better understand the U.S. medical labor market by analyzing data compiled from the Doximity network. Doximity is the largest medical social network with more than 70 percent of all U.S. physicians as members, which provides a unique view into the market.